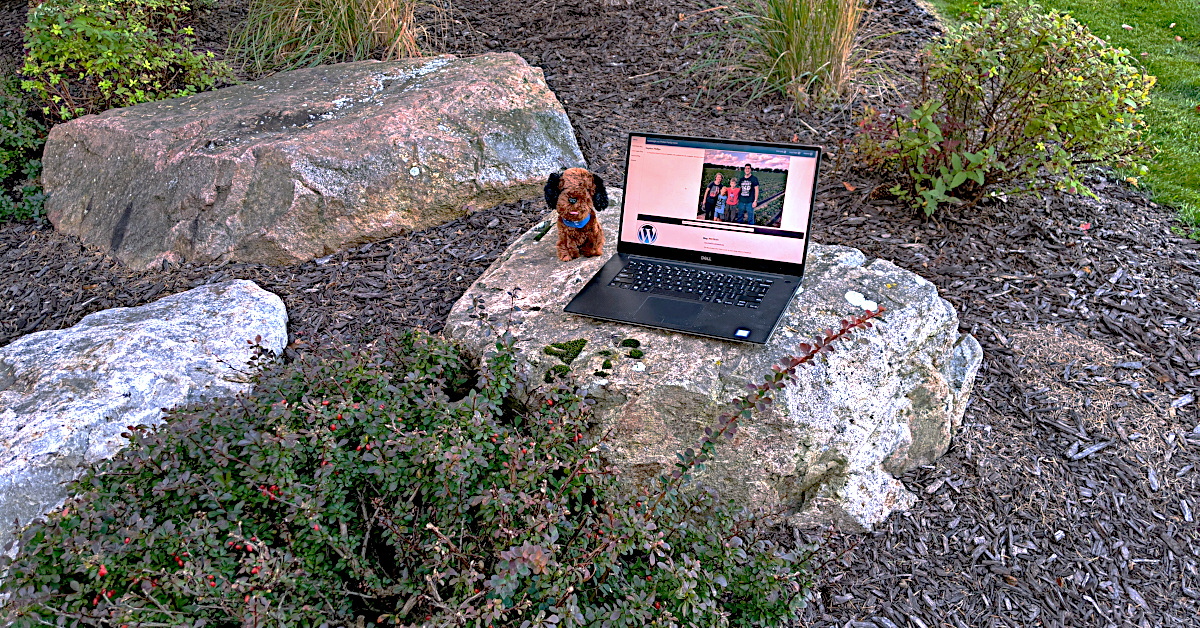 I got really behind proof-reading and finalizing these notes. So, I’m publishing them after I already installed the next version. Better late than never, right?

I use Virtualbox to run Windows and some development virtual machines.

Then, I went to File > Host Network Manager and clicked the “Create” button because some of my machines rely on vboxnet0.

To setup Git, I ran the following commands:

I’ve been using Visual Studio for my Angular Development. I could use it for Flutter development, but I prefer Android Studio for that. I just downloaded the deb package from the website.

I have a few extensions that I have been installing. They are quick to install using Ctrl+P and then these commands:

I use Node JS here and there for different projects. Here’s what I did to install it…

I’m finding that I enjoy Flutter most these days. I referred to the instructions as I installed.

I used the snap method to install it:

First things first, I had to run flutter doctor. That downloads the biggest part of flutter.

I installed the “additional Linux requirements”:

I downloaded Android Studio from the website. I just installed it by extracting it into the bin directory:

Once extracted, I used the menu editor (MenuLibre) to create a launcher:

To allow the programs to run on the Linux desktop, I ran this command:

I use MySQL and PHP on the backend of several projects. To make it easy to develop with those, I installed both this way:

Note: By doing php7.4-fpm instead of just php7.4, it avoids installing the whole Apache web server.

Rather than restoring the database from my old computer, I’ll just do a refresh from my production server. I did have to prep the database: 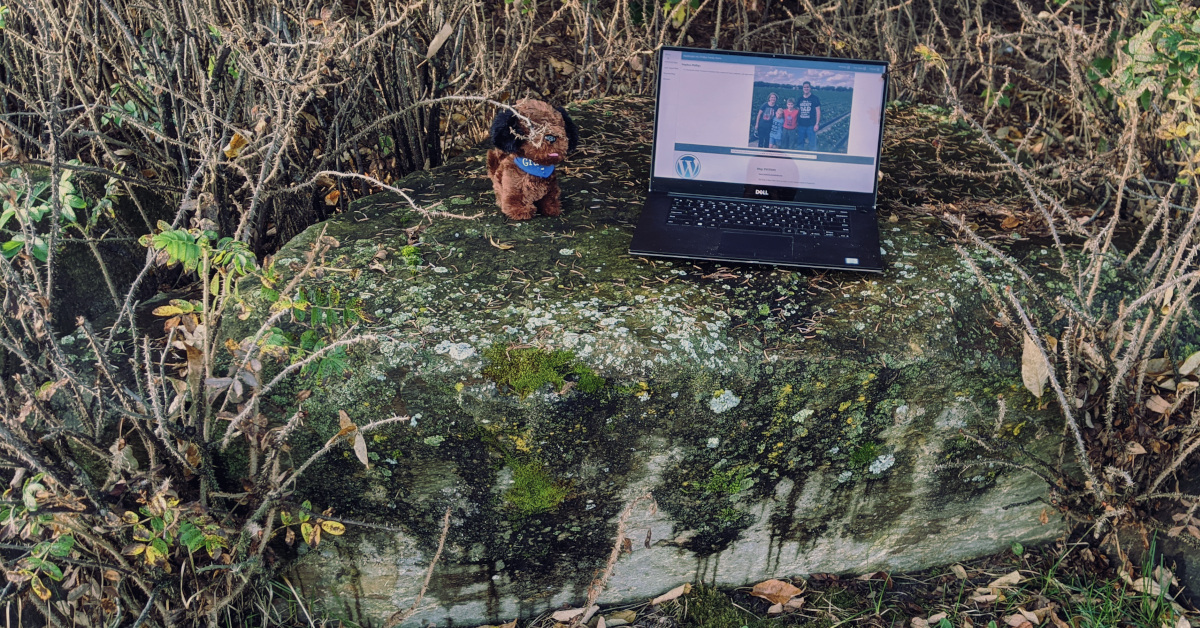 I’m a little late to the party here. I’ve been fighting with this install for 6 months! It got to the point that my laptop wouldn’t suspend and would crash when I would reboot. The next version of Ubuntu was released before I could get this proof read and published!

I’ve been keeping a list of the files that I restore so I don’t forget anything. I like formatting the drive and starting from scratch, but I have to be careful what I copy back, otherwise it defeats the purpose. Maybe this list will help you think through what you need to backup and restore on your system:

Permissions are important for the SSH files. Here’s how I fixed them:

The network manager connection files also have to have certain permissions. So, it is easier to restore them to my Downloads directory and then use these commands:

Flameshot is my current screenshot tool. I need it installed sooner than later to help document. First off, it’s easy to install with:

To make it better, I like it mapped to the print screen button. That way I get the control of Flameshot for every screenshot. Here’s the commands I can run on the command-line to make that happen:

Finally, I went to Configuration > General and checked “Launch at startup”.

Note: My old favorite was Shutter. I haven’t installed it and gone back to it yet.

My favorite browser so far has been Google Chrome. I could make arguments for other browsers, but Chrome has been my favorite for a while. I downloaded the browser package from Google’s Website and installed it by double clicking on it in the Downloads folder (opened in the Software Center).

Don’t forget, I also restored my profile in ~/.config/google-chrome to keep all of my bookmarks and such. After that, I just had to sign in to my Google account at the upper right corner of the browser because it said the sync was paused. I had to sign in to all of the websites because it lost the session, but that was no big deal. I was back in business where I left off.

I also went to System Settings > Default Applications and set the default for Web to Chrome.

On past installations, I have used KeePass2. Since getting into Flutter, I found AuthPass, which is a KeePass implementation in Flutter. So, I’m jumping ship and going for it. Their blog post documents an Apt repo, but that didn’t work. Here’s what I tried:

Here’s the error you get when you try to update:

Instead, I found a snap that I could install:

Dropbox is the easiest cloud to get working. I don’t use it as much, but it’s nice to have. I just downloaded it from the website. I installed it and the dependency with:

After installing, it popped open a prompt to start Dropbox. That places the indicator icon by the clock. It also downloaded the “proprietary” binary required to make it work. It also opened a browser window to do the log in. I had trouble making that work until I signed into the website first and then connected the desktop client.

OneDrive itself doesn’t have a sync client. So, I have been using InSync. I just downloaded that from their website. Then, I installed with:

Like Dropbox, a short while after installing, it prompts to start InSync:

It starts by asking which account type you want to sync. When I picked Microsoft OneDrive, it opened the browser to a sign in page.

After signing in, this window took me through a few steps. I accepted the defaults until I got to the folders to sync. Then, I picked my folder for KeePass and for Joplin.

I use VMWare Horizon for connections. I downloaded it from the website and installed with these commands:

I accepted the default for all of the questions after accepting the agreements. I had no problems with the install.

I have an Nvida card, so I wanted to install the driver. Last Ubuntu version automatically installed the drvier. This time, I had to do it myself. I opened the Additional Drivers app an selected the 465 driver:

After trying the 465 and 470 drivers for a while, I found it was locking up a lot. Chrome and Teams would crash everytime I would open the laptop lid up. I guess restoring after a suspend caused memory issues. Worse, it would lock up everytime I would disconnect from my D6000 dock. So, I tried the 450 driver I had on the previous version of Ubuntu.

I haven’t done some good testing to confirm, but I think Power Top has doubled my battery life. I installed with:

Just because it’s fun to see as the years go by, here’s the stats:

To be prepared for any VPN requirement, I install all the VPNs:

LIbreOffice comes pre-installed. But, to keep it up to date, I added the official repository:

For Bible study software, I use Xiphos. Remember up in the backup section, I restored the .sword directory for the Bible text and commentaries.

I’ve been using Zotero off and on for a while now. It’s hard to figure out the best way to install in a way that keeps it automatically updated. I finally found a place that claims to update the repository within 24 hours of updates. So, I’ll use that.

Restoring the data directory was a big challenging because I had use the snap before. I had to move the data from ~/snap/zotero-snap/common/Zotero to ~/Zotero

I’ve been using Joplin as my notes application. I installed it from the software center, but I noticed it was a snap app:

After installing, I went to Tools > Options > Synchronization, and I changed the target to OneDrive. After that, I exited back out to the main app and clicked the Synchronize button. That took me through the login process.

To install my Dell E525W printer, I downloaded the driver from the Dell website. I unzipped and installed the deb package:

I have found the settings app unreliable for working with printers. So, I used the cups web interface at http://localhost:631. I added an IPP printer with the URL ipp://DELLA40A1E/ipp/ and the PPD file located at: /usr/share/cups/model/Dell/Dell_Color_MFP_E525w.ppd.gz

Ubuntu comes with the ability to use DEB packages and snap packages. I used this to add AppImages:

And, I added Flatpak:

Here are just a few utilities that I install:

Balena Etcher is one more utility that is great for putting images onto USB drivers for installing. I downloaded the AppImage from their website.

To finished the tweaks, I opened the regular settings app and made these changes:

Before I can install any extensions, I had to install the chrome plugin:

I also had to have this extension from the Chrome Store. Actually, I just restored my Chrome profile so the extension came with that.

So, then, these are the extensions that I like:

I retired these two extensions. I list them because maybe I’ll go back:

These are the programs I use with audio:

For the codecs, I installed:

Note: If you forget that second (reconfigure) command, you’ll get errors like this every apt install:

For OBS, I repeated what I did on the last version of Ubuntu:

I found most of the plugins and such came over by restoring the config directory. One thing I did have to do was download the plugin from Dev47Apps and put it into ~/.config/obs-studio/plugins

Finally, I use Kdenlive for editing videos. I just downloaded the AppImage from their download page.