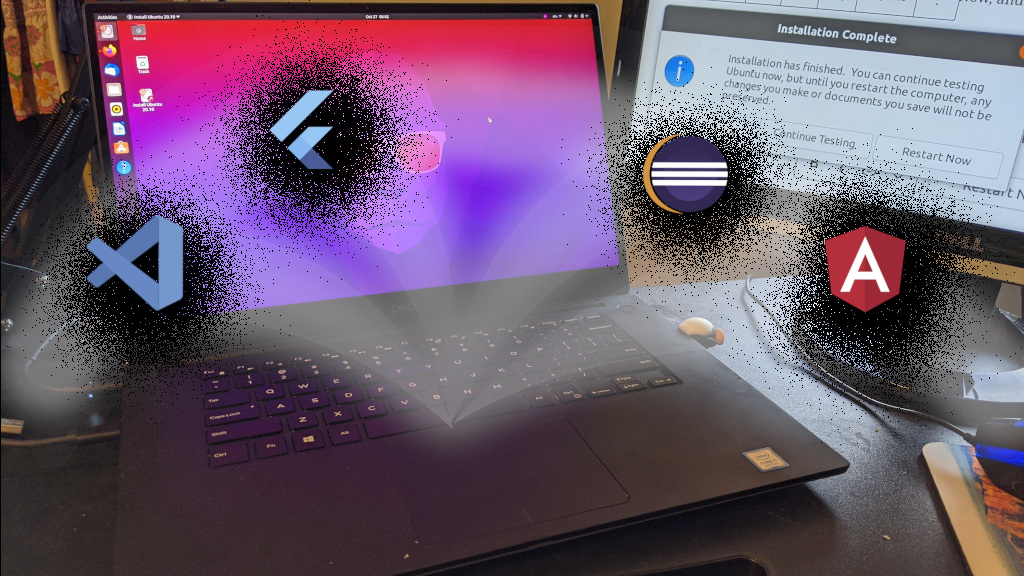 This is my last post for my Ubuntu 20.10 install. Below is my notes for installing all of the programming-related apps and tools that I like to have available.

I installed virtualbox just from the respoitory:

I learned that you can install the extension pack on the version from the repository. That doesn’t really matter. But, it didn’t do what I wanted so I decided to just uninstall it. You can do that by going to File > Preferences. Then, under Extensions, you can remove it.

I setup the network in File > Host Network Manager. I created vboxnet0.

Finally, I double clicked on all of the .vbox files in my file system to add all the machines.

Note: I tried openjdk 15 intially, but I had issues with Flutter. (I never did really figure out that that was the problem or not.) I also had issues with the OpenJFX. It installed into /usr/share/openjfx and was missing the Ant jar file. I never did find the current Ant for openjfx.

For my vim config, I have it saving the temp files in a specific directory rather than where the file is that I’m editing. So, that directory needs to be created:

To configure git, I ran the following two commands:

I installed Visual Studio Code from the Microsoft Website. I just downloaded the deb file.

After installing, I opened Code and used Ctrl+P to install these extensions:

I installed Node with these commands. I also added the tools that I use with angular.

I use Eclipse for Java development. I just downloaded the installer from the website. I used “Extract Here” in nautilus and double clicked on the installer (eclipse-inst).

Going through the installer, I …

I installed e(fx)clipse using the market place. I visited the website in my browser and then drug the install button to my workspace.

Before, I installed a bunch of stuff that I don’t normally use. This time, I just installed a few things from the marketplace:

I have one App that I have been playing with that uses Open JFX. So, I installed it to work with Eclipse. I keep finding it more and more difficult to install using the regular Ubuntu packages.

The OpenJFX package installs into /usr/share/openjfx/lib. I also found some jars installed in /usr/share/java. It came from the libopenjfx-java package.

So, instead of using the packages, I downloaded the “JavaFX Linux SDK” from Gluon’s website. Then, I extracted it into my Eclipse folder.

In Eclipse, I opened preferences (Window > Preferences). I set the Java FX Path.

Also, I went to the Build Path (Java > Build Path > User Libraries). I added a new one called JavaFX.

Then, I added all of the Jars in the installation folder:

This time the flutter instructions suggest using snap. So, I just went that route to install it.\

Note: this installs flutter in the directory /home/skp/snap/flutter/common/flutter. You’ll need that later for Android Studio.

When I ran flutter doctor, it downloaded the flutter linux stable tar ball. That took a little while, but it seemed to install fine by itself.

I downloaded Android Studio from the website. While it was downloading, I installed the following prerequisites:

I extracted the code to my bin directory:

Flutter doctor wants to be able to see the files, so I added the path to the end of my ~/.bashrc with these lines:

I followed these instructions to enable VM acceleration. Note the instructions say to use libvirt-bin, but as best I can tell libvirt-daemon is the correct one in this case. I also don’t think that I need ubuntu-vm-builder and ia32-libs-multiarch.

To clear up the “android license status unknown”, I ran:

I got this crazy error when I did that:

I found a solution that suggested installing the command-line tools. In Android Studio, I opened File > Settings. Then, I went to Appearance & Behavoir > System Settings > Android SDK. I installed the “Android SDK Command-line Tools (latest)” on the SDK Tools tab.

After that, the flutter doctor license command worked fine.

Also in the settings, I went to the Languages & Frameworks > Flutter and set the flutter path to /home/skp/snap/flutter/common/flutter

Note: At one point, it complained about my dart SDK path not being configured. That is located insde the flutter folder: /home/skp/snap/flutter/common/flutter/bin/cache/dart-sdk

I still had a problem with it not building my flutter project correctly. I was getting this error:

While these commands did some thorough building and resetting things, I’m not sure they helped in the end.

This article helped. I ran these two commands and got it to build:

I have a project that uses both MySQL and PHP. I just want to develop in it as a hobby but not run it full time. So, I installed it like this:

(Note: I probably should have done php7.4-fpm instead.)

To keep it from running all of the time, I ran this:

To get the actual database, I had to run this command on my server.

I loaded the backup script with these commands:

So, after all this, I found that Apache got installed somehow. To found how, I installed aptitude and tried to use the why command to figure out.

I fixed it with: