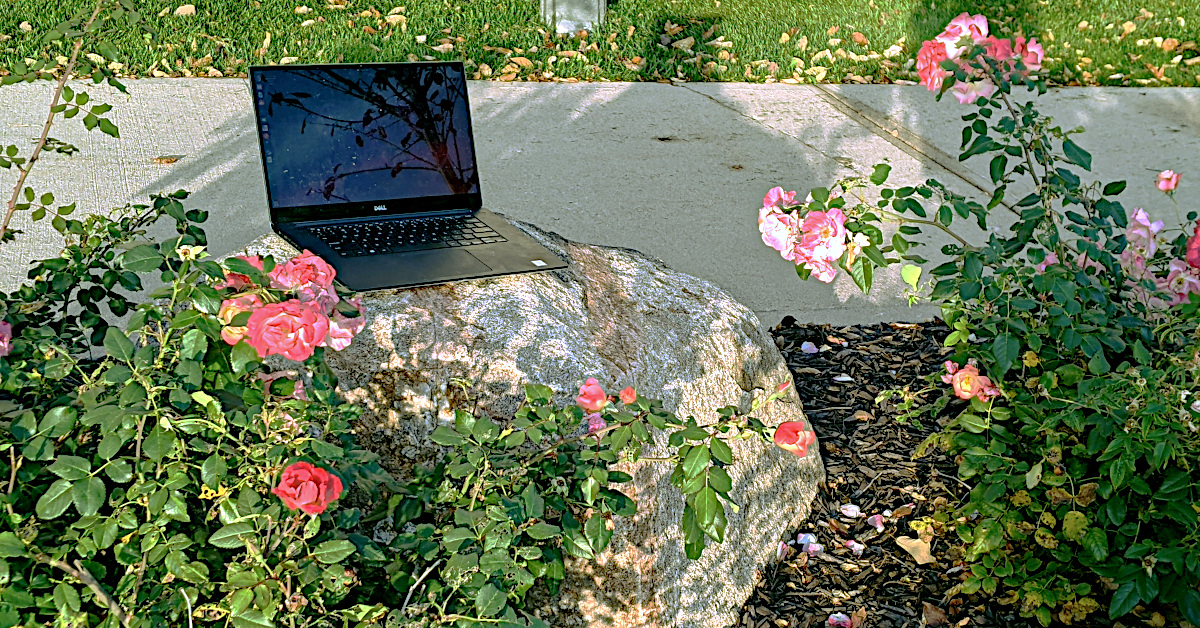 I took a little less time this install, but it still takes me some time going through these notes and getting it right. This is what I’ve done to get my computer setup this time on Impish Indri Ubuntu 21.10.

I’ve been keeping a list of the files that I restore so I don’t forget anything. I like formatting the drive and starting from scratch, but I have to be careful what I copy back, otherwise it defeats the purpose. Maybe this list will help you think through what you need to backup and restore on your system:

Sometimes when copying from backups on different file systems, the permissions get out of whack. These commands fix the SSH files:

Network Manager connection files are the other files that need special permissions. Restoring them through the Downloads folder makes that easier:

I have bounced between Shutter and Flameshot, but I have landed on Flameshot most recently. It’s an easy install from the store:

Since I use it so much, I want it to take the screenshot off of the “print screen button”. I found these commands will set that up:

To make sure Flameshot started with the computer, I opened “Configuration” from the applet menu and under general, I checked “Launch at startup”.

There are several apps that I had to install manually. To get them into the menu where I can launch them easily, I use MenuLibre. It’s an easy install…

I have switch from the regular KeePass client to AuthPass. It doesn’t install as easy, but I kind of like the Flutter interface.

I tried to add the repository:

Unfortunately, they haven’t kept up to date and added the impish version yet. So, that repository doesn’t work.

(I opened a ticket to see if they would update it for me.)

I did end out finding a way to download the Deb file from the website of the repository. It installed Version: 1.7.9+1605.

Then, I uninstalled it and found it in the snapstore:

So, I just downloaded the tar from the releases page. I installed it with:

Don’t forget to use MenuLibre to create a shortcut so you can easily launch it.

Remote Desktop and Remmina used to be my main tool, but now VMWare Horizon has taken over. The Linux version is on the offical website and installed with these commands:

The install program is just a command-line installer where I accepted all the defaults.

I also need Teams, which I just downloaded from the official website. After choose the desktop client, there was a deb package.

I’m not sure whether to put Postman in the work section or programming section. Postman allows me to test REST web calls. For now, I need it for work, so it is going here. I downloaded the Tar ball from here. I installed it:

Don’t forget to use MenuLibre to add a shortcut to Postman.

DisplayLink has been somewhat of a necessary evil. I have to have it to work with my docking station. I can’t prove it, but I think this is what caused all my issues on my previous version.

I downloaded the latest driver from the website. I installed it with:

I downloaded Dropbox from their website. Then, I installed the dependency python and the downloaded package:

I did go through the little wizard that downloads the proprietary part and authenticates you.

For OneDrive, I install InSync. I just downloaded the Desktop client for Ubuntu 21.04 (because 21.10 wasn’t there) from the Downloads page.

Again the wizard pops up to walk you through starting it. For some reason, on the first start, it gave me an “insync crashed with signal 5 in g_settings_get_enum()” error. I found the following line in ~/.config/Insync/out.txt:

Installed: libgnutls28-dev libgnutlsxx28 (but, it didn’t help) The answer appeared to be launching with the QT variable set to Wayland.

I have yet to figure out how to make this permanent so I don’t have to run it from the command line. Actually, I think I ended up on X11 anyway, so I didn’t need to make it permanent.

Just to be ready, I just go ahead and install all of the VPN clients:

In an effort to keep LibreOffice more up to date, I installed their repository. Thankfully, they are on the ball and have the Impish working.

Xiphos has been my go to for my Bible software. I just installed from the repository. Everything was restored from the .sword directory, but I went into the module manager and checked for updates to the content.

I’ve been using Zotero to track research to some extent. This seems to be the best way to install where it updates the easiest:

I’ve been using Joplin for my notes. I installed from the snap.

After installing, I had to go to Tools > Options > Synchronization to setup the storage for the notes.

The automatic printer discovery bothers me. I end up collecting printers from other networks. So, I disabled it.

I installed the driver for my Dell E525W manually because I’ve had a few issues with it in the past. I downloaded the official driver from Dell’s website. The release date is May of 2015, so I guess I don’t have trouble keeping it current. I installed it with:

I used the web interface to add the printer (http://localhost:631). I used the PPD file at /usr/share/cups/model/Dell/Dell_Color_MFP_E525w.ppd.gz

I installed AppImages with these commands:

Also, I installed Flatpak with:

Here are a couple of utilities that are just quick installs.

Balena Etcher is one more utility that is delivered as a Flatpak. I put that into my ~/bin folder. It makes it easy to copy install images to USB drives. You can download it from here.

In the regular settings app, I made these changes:

There is a new Extensions app, but it doesn’t allow you to search for and add extensions. Instead, you need this program installed:

And you need this extension in Chrome.

Here are my favorite:

For visual media, here are the programs:

For audio, I use these programs:

For our soundboard at church, I downloaded the M32 Edit Linux from the Midas website. I installed it with:

For video, here are the programs:

I found I had to install Blender from snap

To make sure the codecs are working, I installed:

I also installed the virtual camera loopback driver. That way I can use OBS as a camera in Teams or other apps.

For KdenLive, I downloaded the App Image from the website. I just made that executable and put it in the ~/bin directory.

I installed openscad for designing things to print.

Then, I installed Cura 4.12.1. That I had to download from the website. I just moved the AppImage to the ~/bin directory. On first run, I had to sign in. Then, I also had to select my Monoprice Select Mini V2 for my printer.