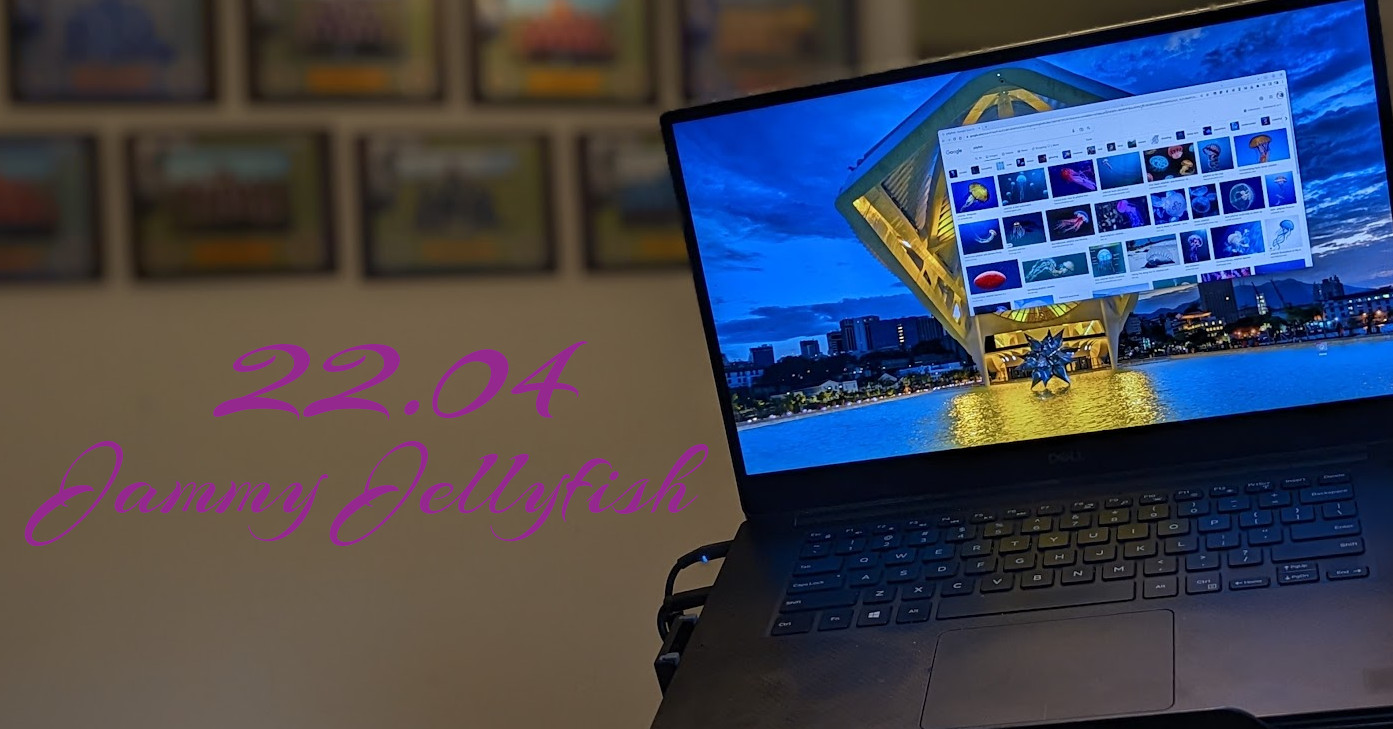 It is always nice to see a fresh new interface. The UI looks just different enough to feel new and fresh.

Without a list, it’s easy to forget which files I need. This list makes it easy to get what I need right from the start. It’s a good idea to keep such a list.

Permissions are very important for the SSH files:

The network manager connections have to be copied in with root access. So, I restored them into Downloads and then copied them over.

Screenshots are important for documenting, even documenting install notes. So, I install Flameshot first. I really like the ability to annotate the screenshots and copy them directly to the clipboard.

I want it to be my main screenshot tool, so I rigged it up to fire on the print screen button. I wish you could do this with the settings app, but these commands work. I also had to go to settings and under keyboard > shortcuts and disable the screenshot there.

Configuration changes: I unchecked the desktop notifications and the welcome message on launch. It didn’t launch on startup at first, but after tinkering at bit, it finally worked. Looking at this post, I started to create my own launch script. Then, I noticed that ./.config/autostart/org.flameshot.Flameshot.desktop already had a delay in it.

MenuLibre is the menu editor and allows me to put shortcuts in the menu launcher.

AuthPass keeps up with my passwords so I don’t have to. There’s not a good apt repository with apt package. I can check for the latest version on their releases page. It matched the version in the Ubuntu Software Center, so I just installed that. It’s a snap package.

VMWare Horizon or VMWare View is my remote desktop software. I just download the install package from their website.

Previously, it was just a command-line installer. This time it had a nice GUI install wizard. I took all the defaults. I didn’t register and start the services, and I hope I don’t regret.

Teams is another proprietary necessity. It’s an easy install from their website.

I’ve been using Postman a bit for work, so I’m going to include it here even though it is more of a programming tool. I downloaded the Linux 64-bit version from here. I installed it:

Finally, I added a shortcut with Menu Editor.

I need the DisplayLink driver to make my docking station work. It allows connecting two monitors with just a USB C cable.

I downloaded the latest driver from the website. I installed it with:

The first cloud drive is Dropbox. I download it from their website. It needs a python dependency:

After installing the Deb package, I did go through the wizard. It restarts Nautilus, downloads the proprietary part, and authenticates.

For OneDrive, I use InSync. I just downloaded the Desktop client for Ubuntu 22.04 from the Downloads page.

Again the wizard pops up to walk you through starting it.

I never know what type of VPN a client might have, so I try to install them all…

The VPNs that I use, I restored in /etc/NetworkManager/system-connections and the .cert directory.

LibreOffice is already installed, but I like to keep it more up to date. Adding this repository does so:

I use Xiphos to study and read my Bible. The Module Manager downloads the content. I already have that in my .sword directory that I restored. I did check for updates though.

I haven’t been that faithful using Zotero, but it helps track research. I had some issues with the snap version saying it needs to update but not updating. So, I’m using the apt version with the install instructions from Github.

I’ve been using Joplin for my notes. I installed from the snap.

After installing, I had to go to Tools > Options > Synchronization to setup the storage for the notes.

I don’t like the cups browser because it automatically installs printers without ever getting rid of them. So, I just disable that service.

Next is my Dell E525W printer. I could possibly use the driver that Ubuntu suggests, but since I’ve had trouble, I downloaded the driver directly from Dell’s website.

I used the web interface to add the printer (http://localhost:631). I used the PPD file at /usr/share/cups/model/Dell/Dell_Color_MFP_E525w.ppd.gz

To be able to run programs packaged as an AppImage, I installed the AppImage system. It required Fuse2 as a prerequisite.

Flatpak is another alternative. Here’s the install command:

I’m not sure where to put these utilities, but they are a quick install…

Balena Etcher is the only other similar utility that doesn’t install through apt. I download the flatpak. I use it to make USB images for installations. You can download it from here.

In the regular settings app, I made these changes:

In order to work with Gnome extensions, I need this library installed. This allows an interface inside of Chrome to be able to manage them.

I already had this extension installed in Chrome.

Here are my favorite:

For visual media, here are the programs:

Note: Last time, I used snap for gimp. I assume it was because there was a version difference. This time both the deb and the snap were 2.10.30, so I went for the deb.

For audio-related stuff, these are the programs I like:

I didn’t use the Midas soundboard program much, but I’m still going to install it one more time. I downloaded the M32 Edit Linux from the Midas website.

I also added a shortcut with my Menu Editor. I may need to explore this article more relating to the soundboard.

Blender was the only video program left, and I installed it from snap.

I like the codecs there so that any media I run into I can play.

There was a bug that kept the media player from work. According to this post, here’s the fix:

I also installed the virtual camera loopback driver. That way I can use OBS as a camera in Teams or other apps.

For KdenLive, I downloaded the App Image from the website. I just made that executable and put it in the ~/bin directory.

The first part of my tools for 3d printing is Open SCAD.

The last part is for slicing. I downloaded Cura 5.1.0 from the website. It’s an AppImage that I put in the ~/bin directory. To complete the install, I had to run it and sign in. Finally, I selected Monoprice Select Mini V2 for my printer.