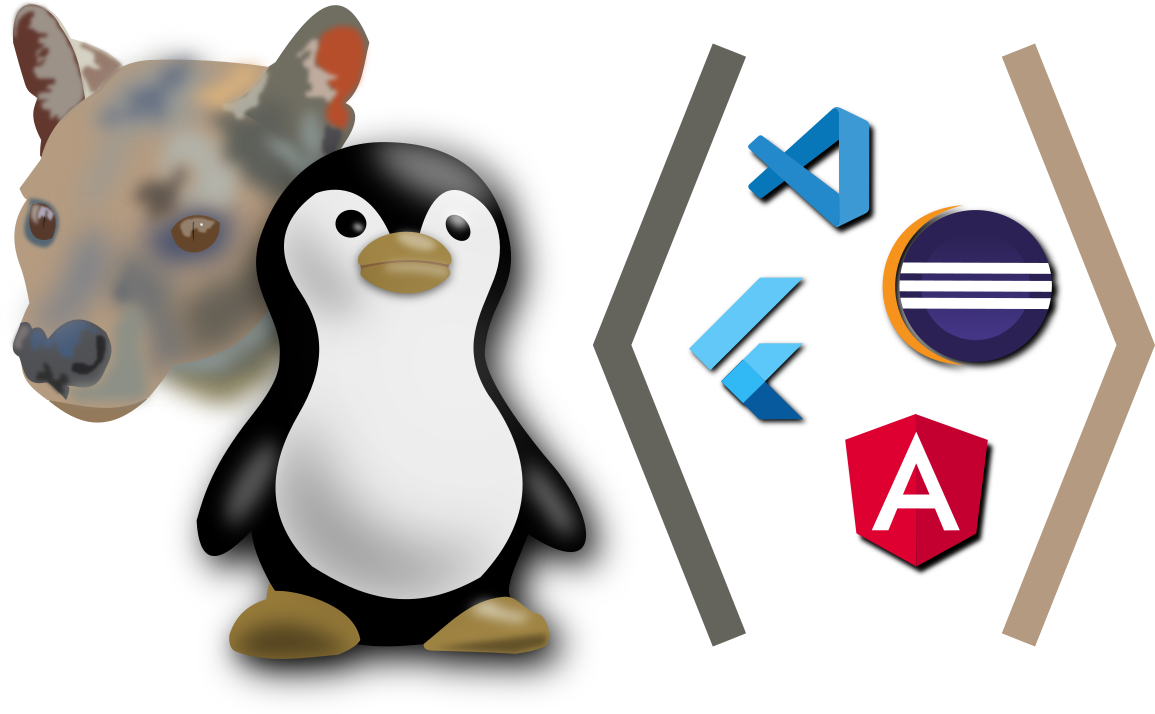 The primary purpose of my laptop is programming and building things. I like to dabble in all kinds of things, but most of them are programming related. This is part of my series with my notes setting up Ubuntu 20.04 of my laptop.

I installed Virtualbox from Ubuntu’s sources this time rather than the Oracle website.

To set it up, I went to File > Preferences > Network and clicked the plus button on the right to add a new network.

Lastly, I went to my VirtualBox VMs folder that I had copied from my other computer and double clicked on each of the machines’ vbox files.

These are the tools that I installed from Ubuntu:

I couldn’t find the nautilus-compare extension anymore. I’ll have to look for that later.

For my gVim configuration, I need a folder for the work files. So, I created it with:

To configure Git, I ran the following two commands:

I simply installed Visual Studio code from the Microsoft’s website. Once the Deb package was downloaded , I ran:

These are the extensions that installed. I just hit Ctrl+P in Code and pasted each line in the textbox to install the extension.

For Node, I used these commands to install it:

Eclipse is a bit of a long install as well. I downloaded it from the website. I extracted the downloaded tar ball into the Downloads folder. After drilling down into the folders, I double clicked on the “eclipse-inst” file. In the installer, I chose “Eclipse IDE for Java Developers”. I changed the installation path to:

The challenge is installing all of the plugins. I did that from Help > Install New Software. After select “All Available Sites” in “Work with”, I selected the following items to install:

e(fx)clipse was a bit of a different install this time around. I visited the page in the marketplace. Then, I drug the “Install” button on the Package Explorer in Eclipse. Then, I confirmed and accepted the license agreement.

After Eclipse restarted, I went to Window > Preferences. Then, I went to JavaFX and entered /usr/lib/jvm/java-13-openjdk-amd64/lib for the JavaFX 11+ SDK.

I also added a site in the installer: http://download.eclipse.org/efxclipse/runtime-nightly/site

Once installed, don’t forget to use Libre Menu Editor to add a launcher for Eclipse.

Finally, for Java FX GUI development, I use Gluon Scene Developer. I just downloaded that from the website. I downloaded the Java FX 11 Deb version. I installed it with:

Somehow in the process of all this, I got it to where the code complete wouldn’t work. It didn’t have any of the methods/properties in the code complete. I fixed that by going to: Window > Preferences > Java > Editor > Content Assist > Advanced

I ran through the install instructions on the Flutter website. I could download the main installation package directly from the instructions. I extracted it into my bin directory:

Next, I added it to my path:

Then, I added this to the bottom of the file:

And, to make sure I got it right, and to set it for the current session:

Next, I ran the precache:

For some reason, I got a message: “Failed to download the Android dependencies”. I just ignored it for the time being.

Next, I downloaded Android Studio from the website. I installed it just by extracting it to my bin directory:

I also added it to my path by adding the following lines to my ~/.bashrc:

Finally, I launched studio.sh (if you didn’t get it put in your path yet, it is in the bin folder where you installed it.) That launched the Setup Wizard. I just picked the standard setup.

I installed KVM because it said it would make the emulator perform better. I just used the instructions that it pointed me to. I installed these first and added myself to the groups:

Now, back on the Android Studio welcome screen, I clicked Configure > AVD Manager. There, I created a new device. I chose Pixel 3XL to match my phone.

I didn’t worry about installing the plugins for Android Studio. I have them in Visual Studio Code. To check everything, I ran:

The only thing that I worried about was the licenses, which was fixed with:

Since I installed flutter into a different directory, I had to update my project. I tried:

I use MySQL as the database for some of my projects. So, I needed it for testing and developing on those.

I don’t want it running all of the time. I only want the database when I am working on those projects. So, I’ll set it up to run only when I manually start the service.

I exported the database on the old server with:

Then, on my new laptop I imported it with:

Note: I initially got this error: “Unknown collation: ‘utf8mb4_0900_ai_ci'”. That is the reason for the sed command added in there.

While, I’m at it, the same project needs PHP. I installed the php package, but that just installed apache and everything. I didn’t want that much installed. (sudo apt install php). These are the packages that installs:

Instead, I just installed:

In order to work with packages, I also need Composer. I installed that using curl:

Note: I did do the verification, but the Hash might change. You can get the correct one from the top of this page. I also had to add the php-xml to work with my project (required by lcobucci/jwt).